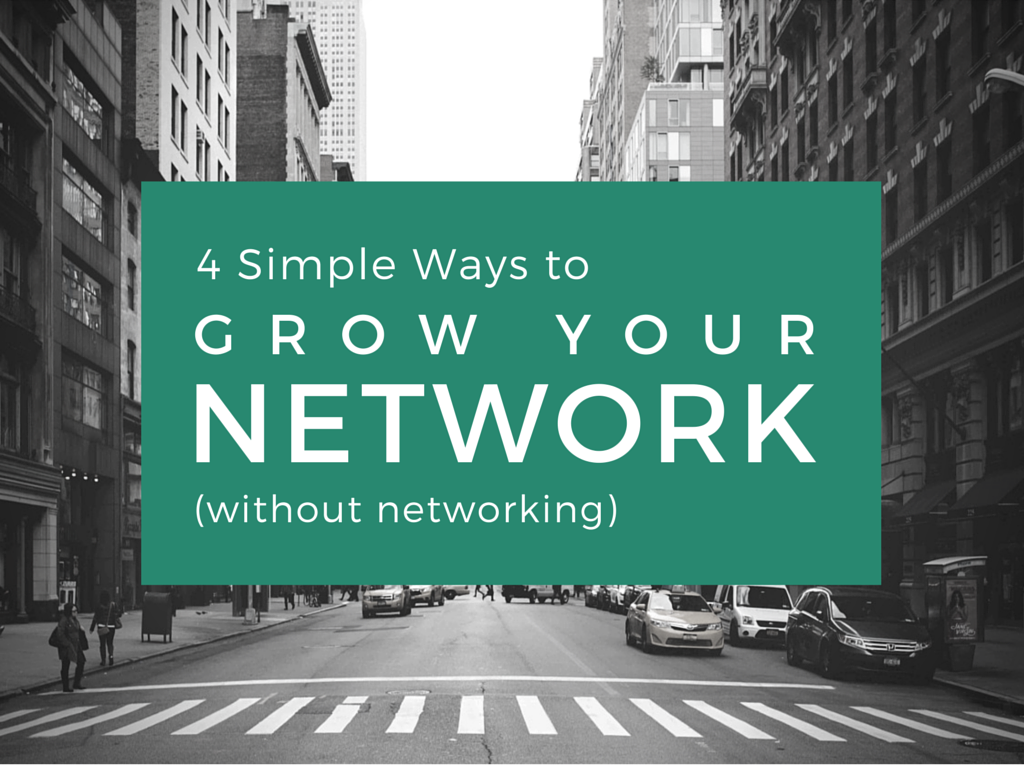 As you’ve probably realized, much of the world revolves around personal relationships, whether it comes down to getting a job or more generally how successful you will be. I mean, look at the president. How successful he is depends on his relationship with others in the White House and leaders of other countries.

But of course, meeting people is difficult which makes creating meaningful relationships with people who will push you toward success is even more difficult.

So how do you build your network?

One solution is to go out to local networking events. From my experience, they’re generally hosted at a bar where liquid courage is abundantly served to help you talk to strangers.

Plus, it gets overwhelming to be around so many people for such an extended period of time. One-on-one conversations are preferable, but with dozens–sometimes hundreds–of people in one room, how do you choose who to talk to? I’m getting anxious just thinking about it. I would just stand around and sip my drink most of the time. 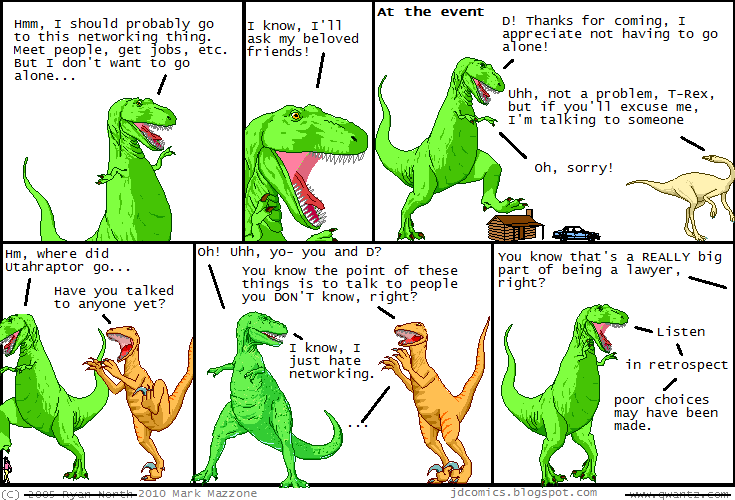 Although I’ve been to my share of open bar networking events, I prefer building relationships in an more organic and unforced manner.

Let me point out that connecting with someone on LinkedIn is not considered building a relationship. You’ve probably received dozens of requests to connect on LinkedIn. Most of them are in an entirely different industry than you. And almost no one will reach out to build a relationship and learn how to help you. So what’s the point of connecting if it ends at accepting the connection? It’s like getting a girl’s number and not calling.

Let me tell you can how you build your network and build meaningful relationships that aren’t fake.

Here are four simple ways to develop valuable relationships and grow your network without networking.

Imagine humans in prehistoric times. How did they survive? They helped each other fend off saber tooth cats and wooly mammoths (or whatever animals were alive that that time). Those relationships were valuable because they probably couldn’t survive alone.

We aren’t fighting off wild animals, but the concept of building a valuable relationship through mutual assistance still applies to in the modern day. It’s deeply ingrained in our social psychology. A study by Robert Cialdini demonstrated that if you ask someone for assistance, chances are you’ll feel the need to reciprocate and vice versa.

People have reached out to me asking for advice about the job search. While I haven’t met most of these individuals in person, I try to provide assistance where I can.

You have a valuable skill that you can use to help others. It may not be obvious. You may need someone else to tell you. A friend told me I’m articulate and well-spoken and that I should teach others how to hold conversation. I never would’ve said that about myself. Ever. It doesn’t mean that I’m going to teach a course on that, but it was good to know that I’m good at it. For instance, I can help someone prepare for a job interview.

By helping others, you create a natural relationship based off more than small talk, but a mutual understanding that you both have the ability help one another. That will help both of you grow. It’s a win-win.

It’s important to note that you shouldn’t expect anything in return for providing assistance. That creates tension and leads to an unhealthy relationship in which one person feels further in debt to the other. Help them even if they seem like they have nothing to offer you and expect nothing in return.

It’s the information age and there are millions of people putting out information. In February 2014, there were around 172 million Tumblr and 75.8 million WordPress blogs in existence. That doesn’t take into account blogs made on other platforms like Blogger and SquareSpace.

Which blogs do you follow? What type of blogs are they? Maybe you enjoy fashion and subscribe to various fashion blogs. Or you’re reading Forbes everyday and learning about business and entrepreneurship. Are you a fellow marketer staying on top of all the marketing trends?

No matter the type of blog you follow, there’s an author behind it that you can–and should–get in touch with. Especially if you’re hoping to join their ranks.

Surprisingly, many of these bloggers are extremely easy to get in touch with. They often provide an email on their website and, if not, there are other ways to get their email.

I read a lot of articles and subscribe to (too many) email newsletters. I’ve developed a habit of emailing the authors on a whim. The email is generally simple.

Hey [name], I thought your article was really interesting. I learned (this) and (that). What was the process it took for you to learn this on your own? Looking forward to more emails from you.

Worse case scenario: no response. Which is fine. In some cases, the blogger will respond back, which says two big things:

If a blogger took the time to do those two things mentioned above, it probably means he’ll be open to responding again if he sees your name appear in his inbox. That’s worth all the unresponsive emails because you’ve built a relationship through email with an influencer.

Some people have received responses from the CEOs of Google and Disney from a simple email.

I challenge you to email someone you want to get in touch with. Ask them a question that you think only they specifically could answer. Don’t ask for anything, though. The idea of networking can be understandably overwhelming. Just remember it’s as simple as an email. This is your little nudge to try it out.

3. Talk to the People Around You

It’s simple. Whether it be the cute barista at the coffee shop you go to everyday or the person sitting next to you in the doctor’s waiting room.

A few summers ago, two of my friends and I were part of a college orientation program. We were three people in a group of 150 other orientation leaders, many of whom we didn’t know. We told each other, “We’re not going to talk to each other when we’re at training. We’re going to meet people.”

Start Your Own Blog

Why not join the ranks and create your own blog? The important thing is to share knowledge to help others, not day-to-day rants.

When you publish content that’s useful, people will reach out to you to thank you or to provide their own stories and insight. You can also reach out to other bloggers with the context that you also have a blog and enjoy their work. It’s a mutual exchange of knowledge.

I get insecure every time I publish a blog post or send out my weekly newsletter. I feel exposed. I feel like I’m going to get judged. Like what I have to say is useless, pointless, worthless, stupid, lacking in quality, trivial, insignificant… then I think of a quote from Neil Gaiman.

I’ve been learning to accept that, in order to do something meaningful, to connect with others, it means you have to expose yourself a bit. Let yourself be vulnerable. Because people can relate to those vulnerabilities and insecurities. A person  can relate to another human but not with a networking machine.

Since I’ve started blogging seriously through The UP Lab and now this blog, people have reached out and told me that my content has helped them. From giving them direction in their career or providing real tips to the job search or just affirmation that things will be okay. Their stories have been worth the effort of cranking out thoughtful articles and sharing my experiences, even if it means being vulnerable.

And I’ve made many new connections more valuable than any LinkedIn connection. I’ve grown my network without networking, but by developing meaningful relationships.

Don’t try to do all of these things at once. You’ll end up failing at all of them. Pick one of these four tactics and implement it tomorrow. Send me an email and let me know how it goes. (: 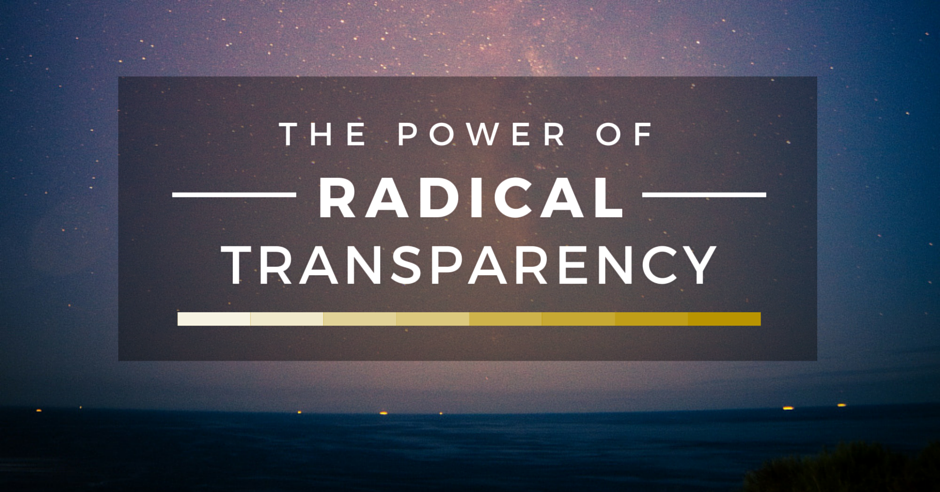 Learn to accept thanks