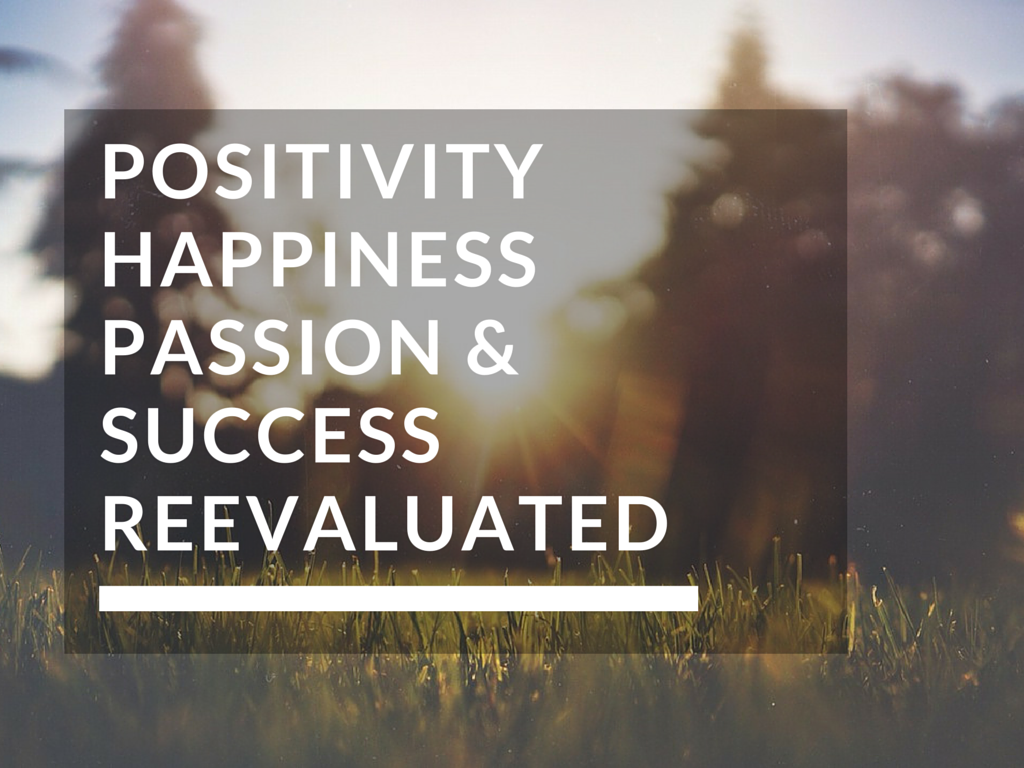 How often have you said these four words this past week? Today?

These are buzzwords that we see or hear in conversation day-to-day in Facebook and, of course, in link bait headlines. These words sound nice, but have little meaning behind them.

I’m going to tell you why.

The positivity movement has gained tremendous traction with websites like Upworthy and EliteDaily taking up large amounts of digital real estate and Facebook newsfeeds flooded with articles like “5 Ways to Be More Positive” or “The Importance of Positive Thinking.” There’s even an entire study of positive psychology.

Don’t get me wrong. I love the concept of positivity.

If you’re applying for jobs and you’re having a hard time. You might be told to “Stay positive. Don’t worry, it’ll get better.” As if being positive will make a job offer magically appear in your inbox.

However, I’ve also been told, “Have you looked into x, y, z company? I heard they’re hiring. Maybe you can shoot over a proposal.”

I went through a few periods of depression and I was often told to “Be positive.” When you’re depressed, being positive is the most difficult thing to do. Often times, its the last thing you want to do. It takes too much effort.

But then there’s the occasional, “Hey, I know things are tough right now, but let’s go for a run and grab lunch to get your mind off of it.”

What do these two pieces of advice have in common?

There’s positivity in the form of action.

Shoot over a proposal to a company that a friend can refer you to. You’re positive by remaining persistent and moving forward.

Go out with a friend and do something to help you get through emotional turmoil. You’re continuing about your life and not letting your emotions get the best of you.

When you talk about positivity, what are you actually referring to?

Positivity is powerful, but it’s useless without action.

The concept of happiness, in conjunction with positivity, has been a trend over the last few years. People believe that sadness will no longer exist once they achieve happiness.

In reality, it isn’t about the pursuit of happiness. It’s about the happiness of pursuit. Happiness comes from striving toward a goal. Sound familiar?

It’s not about the destination.

Happiness is important. No one should have to live a depressing life.

However, happiness is temporary. You’re going to be happy eventually. But you will eventually end up sad. And mad. And frustrated. Then happy again.

Take a moment to think about happiness.

You’re probably thinking about all the things that would make you happy. Happiness isn’t tangible, but the ideas that represent happiness are. Those are the things to work toward.

Now ask yourself: What’s one thing I’ll do today that will make me happy?

It could be as simple as getting your favorite holiday drink from Starbucks (white chocolate peppermint mocha for me, please). It could be saying hi to a cute girl (or guy). It could simply be acknowledging that you’re alive and well.

Don’t think of happiness as something in the future, or something that will find you. It’s in your control. It’s not a destination.

Think about happiness it in the present tense.

And stop talking about how you want to be happy.

The concept of passion has been obliterated.

Passion has become every college student’s favorite word whether it be “I’m really passionate about this” or “I don’t know what I’m passionate about” or “I need to find my passion.”

Some believe that your passion will find you. Others say that you need to find your passion. This is one aspect of the passion trap. In reality, you don’t find passion and it definitely won’t find you.

Instead, you cultivate a passion. Your passion is the thing that you put time and effort and thought into.

In 2005, Steve Jobs gave a popular commencement speech, in which he offers the advice: You’ve got to find what you love…. [T]he only way to do great work is to love what you do. If you haven’t found it yet, keep looking, and don’t settle.

However, the path that Jobs took to end up creating Apple wasn’t a matter of following passion. It was a matter of taking on opportunities, each building upon the previous experiences he had and growing his skill set. In time, Jobs grew passionate about what he did.

The concept of putting in time refers to Malcolm Gladwell’s 10,000-Hour Rule presented in Outliers.

On the other hand, individuals who are told to follow your passion are often caught in a conundrum–What is my passion? These individuals end up jumping from one job to the next, constantly disappointed that they haven’t found their passion.

A rule I live by is to speak about success only when reflecting on a past success. If you’re talking about success in the future tense, you’re doing one of two things:

Talking about future success is pointless because you aren’t there yet and talking about it won’t get you closer. It’s important to have an idea of what success looks like so that you have a general direction, but it’s easy to fall into daydreaming.

When you choose to simply think or talk about future success, you inadvertently avoid the one thing that will get you there.

When you use the word success, you’re focused on the destination–the success part–and skipping the work that is required to get there. We’re ignoring all the obstacles that are necessary to become successful.

Instead of thinking about what success will be like, consider what your next step will be to become successful.

Perhaps it’s applying for a job? Reaching out to an old boss for a referral? Rekindling a friendship? Taking that internship you were offered?

You may not know your exact definition of success, but the only way to find out is to keep moving forward.

Each of these words are attempts to simplify complex concepts which we hope to incorporate into our lives.

Each of these words require much more than a blog post to explain. There are entire books written about each of them. It’s important to have a holistic view of how each concept relates to the other and how mindless usage of these words may lead to the total opposite of what they mean.

By over-thinking success we may delay success. An analysis of happiness isn’t conducive to being happy. An attempt to be positive during difficult times gets frustrating and may lead to more negativity. A search for passion may lead to a lack of it.

We use these words because they remove the heavy lifting of real thinking. They’re socially-accepted words that make you feel like you’re having a deep conversation.

You can dream about the future. Dream about happiness. Dream about success doing something positive that you’re passionate about.

Or you can think about the present and take one step toward the life you want to have.

What will you do to be happy, to develop a passion and get one step closer to success?

What are you going to do today or right now that will get you where you want to be? 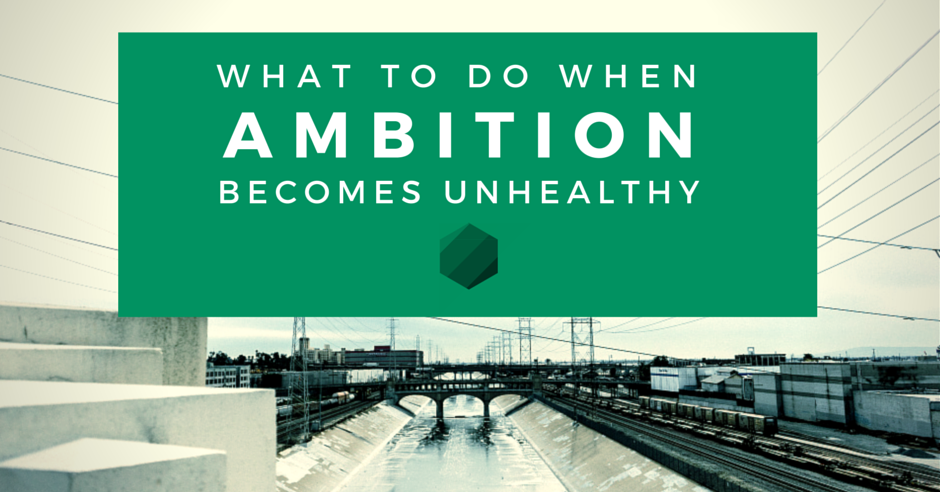 What To Do When Your Ambition Becomes Unhealthy

How to Increase Your Chances of Success