How to Set Long Term Goals That You Will Achieve Part 2: Establish Your Dopamine Process 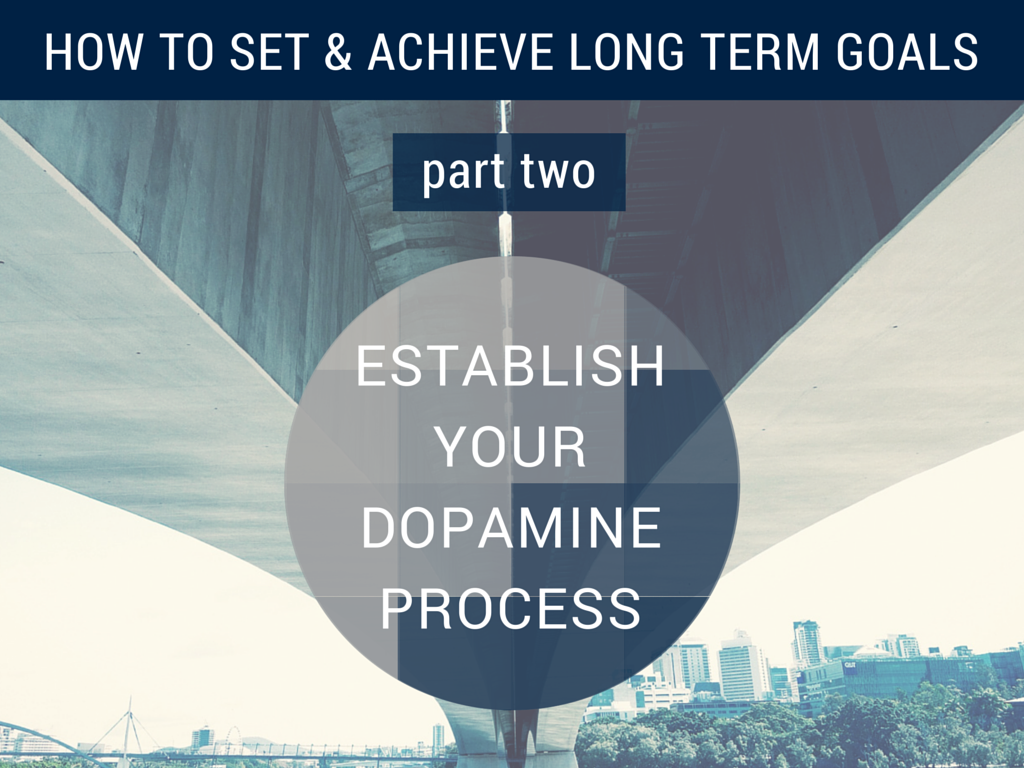 This is part two of the How to Set and Achieve Long Term Goals series where I will explain how to you can create processes to accomplish the goals you determined from part one. If you haven’t yet, read part one to learn about how to cut out inessential goals.

You know that sense of accomplishment you get when you check an item off your to-do list? The joy. The surge of dopamine rushing through your brain. You feel invincible. You’re ready to take on whatever else is on that list. Bring it.

I know that feeling too. I got it a lot. I used to gauge my productivity based on the number of items on my to-do list until I realized that wasn’t an accurate measure of productivity.

Most of my goals in college were short-term. 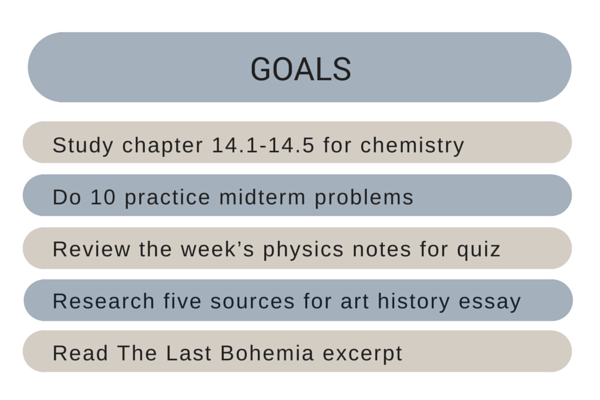 It would be more correct to call them tasks than goals.

I loved the satisfaction of completing an assignment, checking if off my list and showing up to class prepared. I wasn’t the most consistent student, but the spurt of dopamine that came with each checked box kept me motivated to do more.

We love a sense of accomplishment because it creates momentum that helps us take on more tasks.

But what happens when, despite everything you do, there’s no sense of accomplishment? No dopamine rush?

Once I graduated from college, my small tasks with short deadlines were replaced with long-term goals that would determine my future.

I had trouble adapting my mentality. I was too used to items that I could complete in an hour or two. When goals become more long term, the spurts of dopamine don’t come as often which makes it more difficult to develop momentum. Without momentum, it’s hard to get the confidence to get going until that next dopamine rush.

It’s normal. That’s what happens when you have goals like getting a job. In my case, I had to study and develop my knowledge in marketing then get a job. In this article, I’m going to focus on the studying part because I still do it everyday. It’s difficult to stay motivated with these types of goals because there aren’t specific checkpoints to let you know you’re on the right track.

There wasn’t anyone quizzing or grading me to remind me that I have to study marketing blogs everyday. Without immediate feedback in the form of homework assignments or exams, how was I suppose to know that what I was doing was right?

So how would I know I was on track?

Here were the processes I had set up: 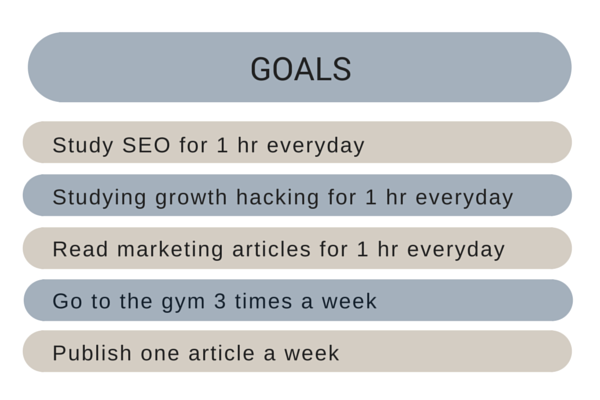 (I included the gym as a point of reference. You’ll see why soon.)

Instead of focusing on “getting good at marketing” I decided to focus on putting in the time to study different aspects of it. By putting in that time, I’d know that I’d be slowly making my way toward an of marketing. However the only signal to tell me I was on track, was that I was sticking to my processes and maintaining consistency. That wasn’t enough for me.

There wasn’t anything tangible to prove my work. How would I show that I’m getting a better understanding of knowledge?

With weight lifting, I can say that I want to increase my max squat by 30 pounds in the next month. That’s tangible. I can see the weight being added during each workout.

That wasn’t the case with studying–especially outside of an academic environment.

Here’s the solution I found.

It makes sense and I agree.It shows a lack of self control. Giving into the temptation of instant gratification can be bad if it becomes a habit.

When used effectively, instant gratification is a powerful motivator for long-term success. It’s a feedback mechanism that tells you that you’re on the right track. Take my study of marketing for example.

The only way I knew I was on track was if I was putting in my time each day to studying, but I wanted to integrate some satisfaction it into my process to make sure I stayed consistent.

If you’re trying to lose weight, you (should) have a goal weight. Your satisfaction comes from not only hitting the gym, but from standing on a scale and seeing that you’re slowly getting closer to your goal weight. If you’re trying to lose 10 pounds, you get happy when you lose 1 pound, then 2 pounds, then 3 and so on. It isn’t easy to lose each pound so, in a sense, it still is delayed gratification. But it isn’t delayed so much that you give up on going to the gym (hopefully).

Here’s how I structured my goals so that I could get that same, slightly delayed, satisfaction. 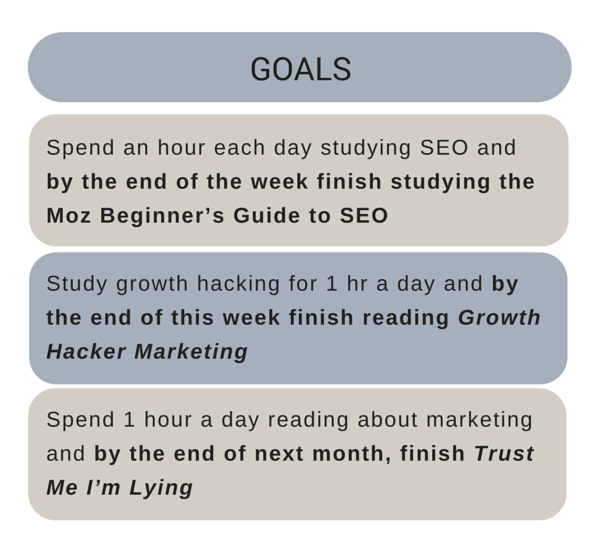 Those time frames are arbitrary, but by creating those assignments and setting those deadlines, I created a system of checkpoints to let me know I was on track and be able to show it.

I knew I was on track after completing each guide or book and knowing that I had learned something from it. How would I know I actually learned something? Each guide and book was marked up with notes, highlighted text and post-it notes. (I also later applied what I learned to my projects).

It wasn’t instant gratification because I had taken the time to complete each guide and book. However the gratification wasn’t so delayed to the point of discouragement.

What goals did you decide on from part one? Once you determine your essential goals, it’s time for you to set up your processes for success.

Again, you have to find a sweet spot between instant gratification and delayed gratification so you can stay motivated to reach your long term goals. It takes time, but–trust me–it’s worth it. Once you focus on your process and grind it out, in a few months or weeks, you’re going to reflect and realize how far you’ve come.

Then you can say hello to those dopamine rushes again. (: 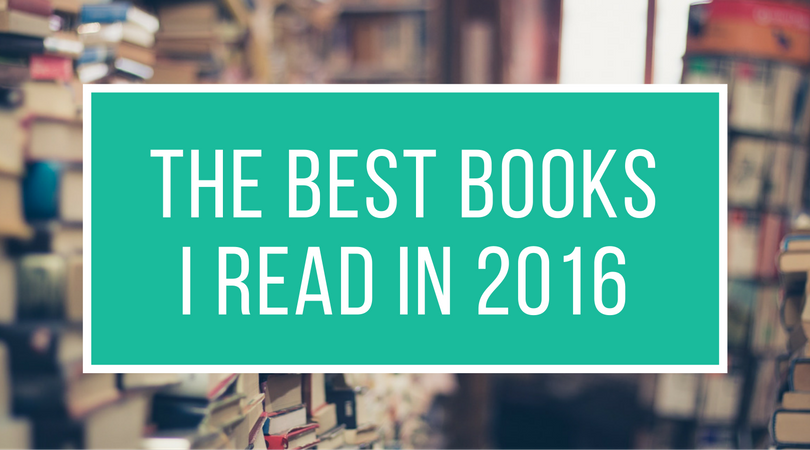